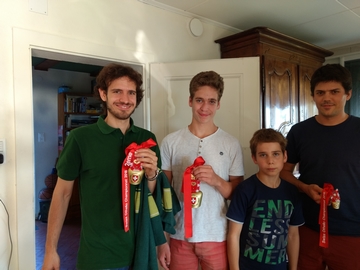 Despite 4 last minute withdrawals reducing the number of players to 6, the 2018 Swiss Othello Championship has brought together very good level players, with our 2 french neighbours and friends Takuji and Pierre. We were very happy to welcome a new swiss player for this 2018 championship, Frédéric Joye. Having only played online until now, he showed a very interesting level, saving 25 disks (he was even still winning until move 47) against Arthur, 16 against Michele and 27 against Takuji, who are all three very strong players. Michele Borassi, who lives now in Zürich, plays as (adoptive-) swiss player.

Arthur won all his rounds on the all-round part of the tournament, whereas Michele and Takuji lost each two games. With a better final discs count, Michele joined Arthur for the finals. 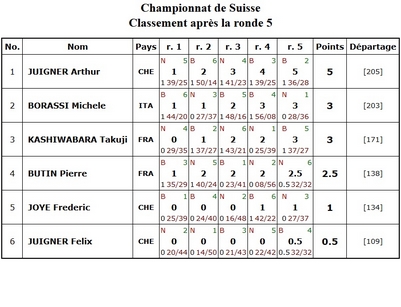 The final was this year for the first time played in 3 games :

So Arthur is the swiss champion 2018, being for the first time swiss and french champion the same year ! As the picture below shows, Arthur hasn't had much time left at the end of final 3... 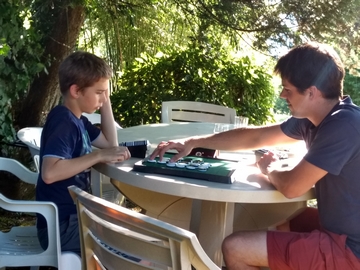 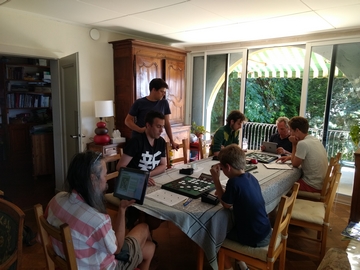