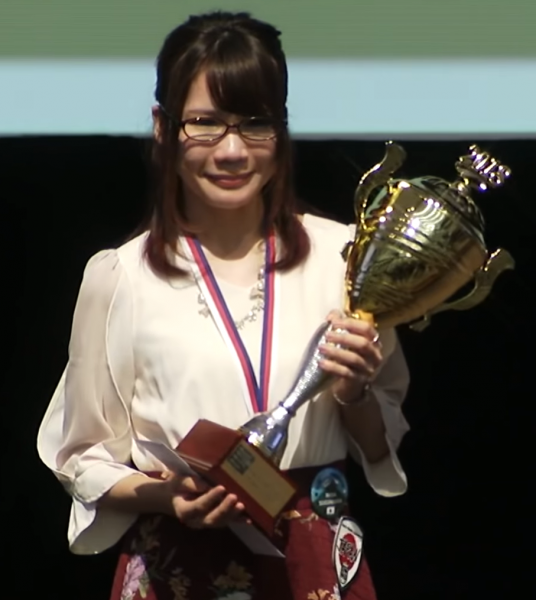 Misa Sugawara defended her WOC title. Misa was the fourth female player after the swiss-tournament. In semifinal she played against Yoko Sano, USA, and won with 51-13. In the other semifinal Nida Pattarakul defeated last years runner-up, Jiska Helmes, the Netherlands, with 34-30. The final game was a very close game that Misa Sugawara won with 34-30.