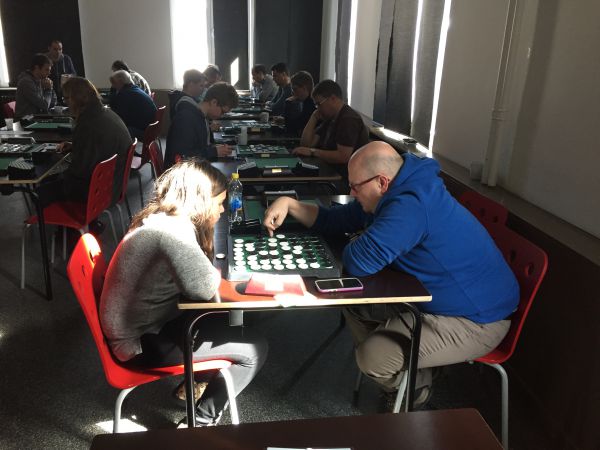 Takuji Kashiwabara, France, is back as winner in an EGP tournament. Takuji lost one game in the qualification rounds against Jan de Graaf, the Netherlands. It was a tight fight about who should play the final games against Takuji. Three players ended at 8 points. Roel Hobo, the Netherlands, was one (1!) MBQ point ahead against Nick van de Biggelaar, also the Netherlands. So it was exciting last rounds. IF the results had been different in the last rounds, also Tom Schotte (Belgium), Marc Tastet (France), Erwin van den Berg and Niklas Wettergren all could had been one of the players in the third/fourth place game.
The final was between Takuji Kashiwabara and Roel Hobo. The final ended 1,5-1,5. Takuji won with more discs, 103-89. The games ended 32-32, 41-23 & 30-34.
The game about third prize was between Nicky van den Biggelaar and Jan de Graaf. The game ended 42-22 to Nicky. It was a tricky game with an interesting opening.
The Youth Ghent EGP-final was between Wendy de Graaf and Remi Tastet. It was a close game until endgame and move 46. Wendy won the game with 52-12, and her first Youth EGP victory. It is interesting that nine of the 25 players was youth players. 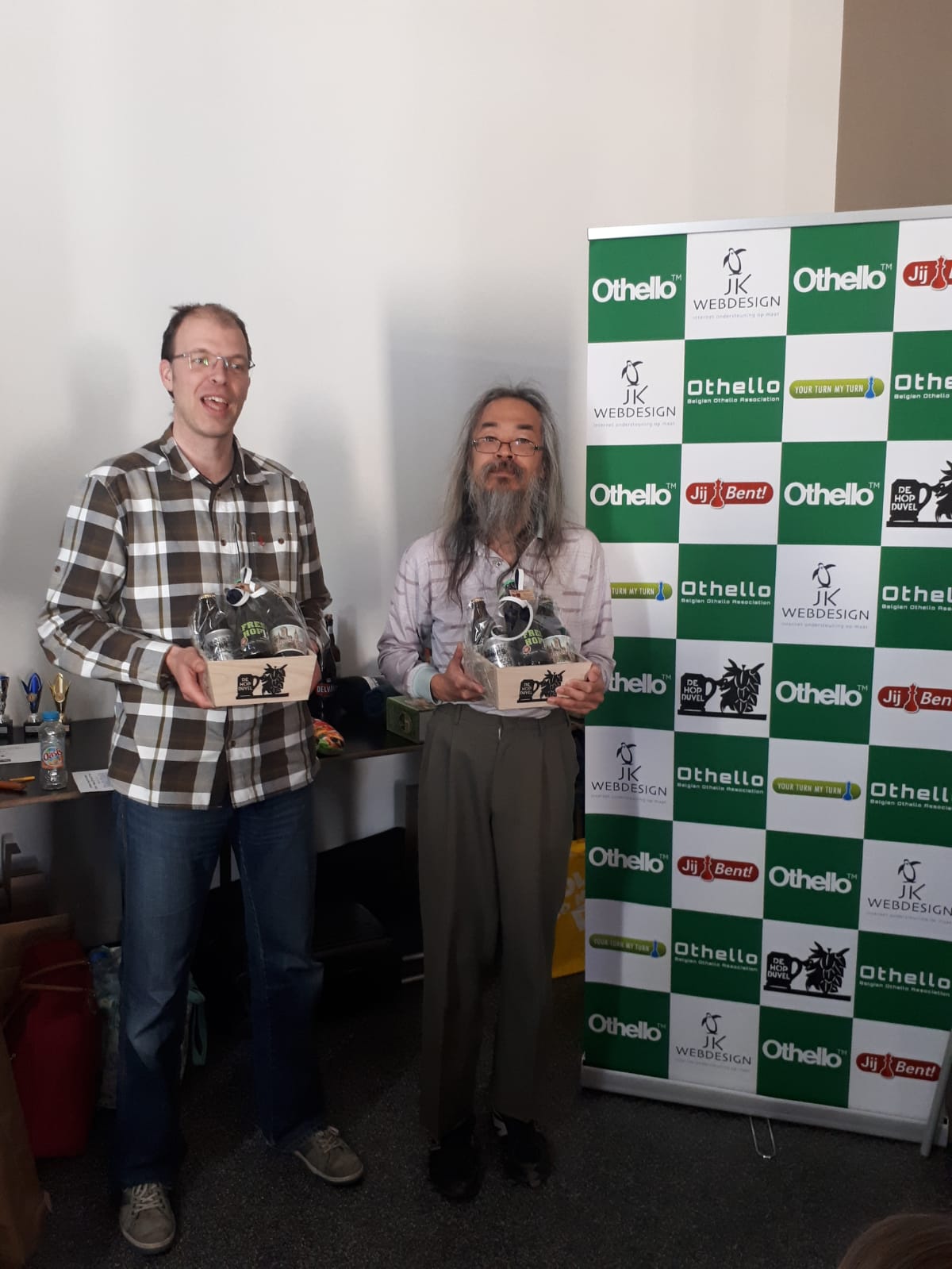 Standings 25 players after round 11 : 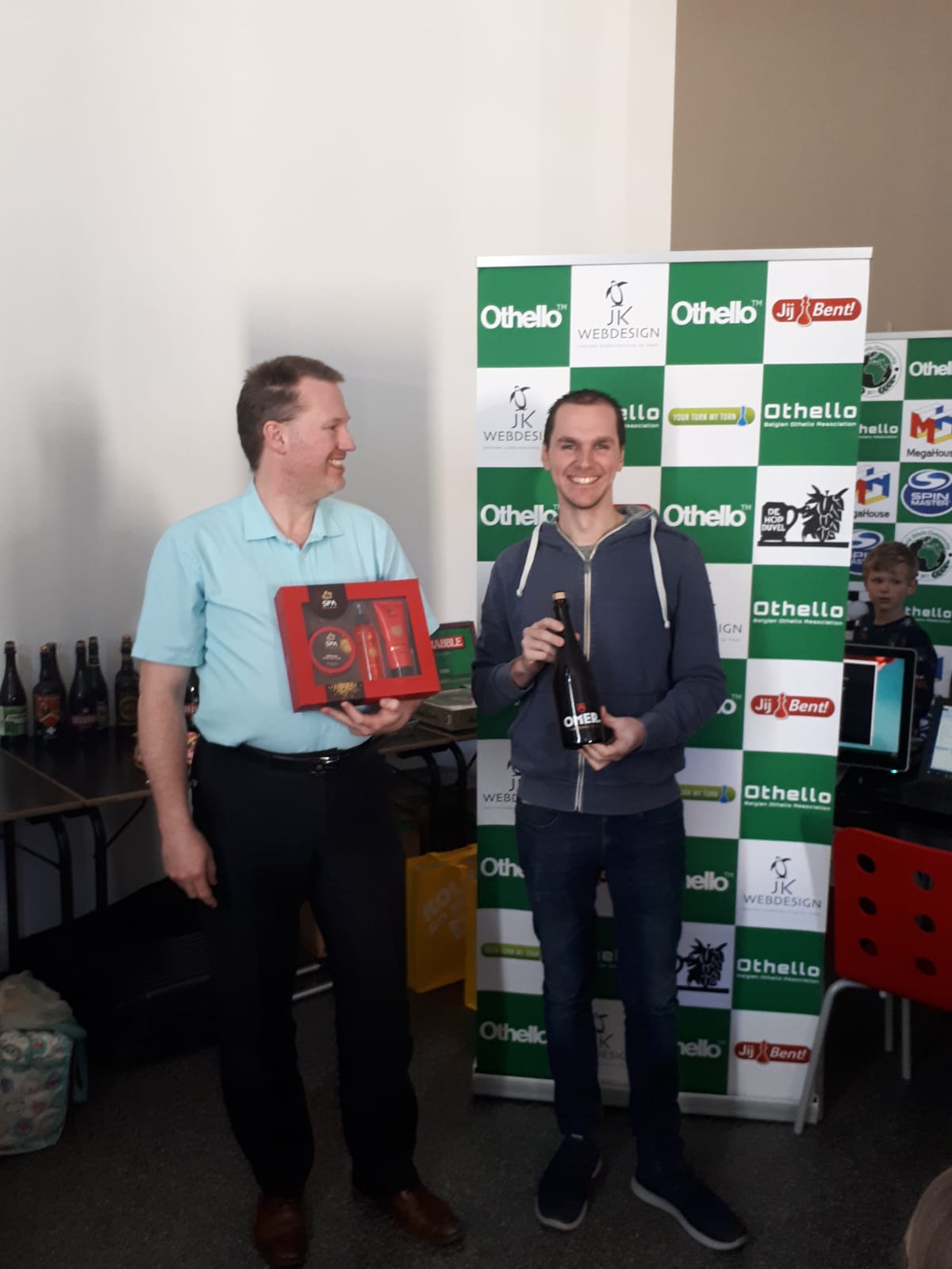 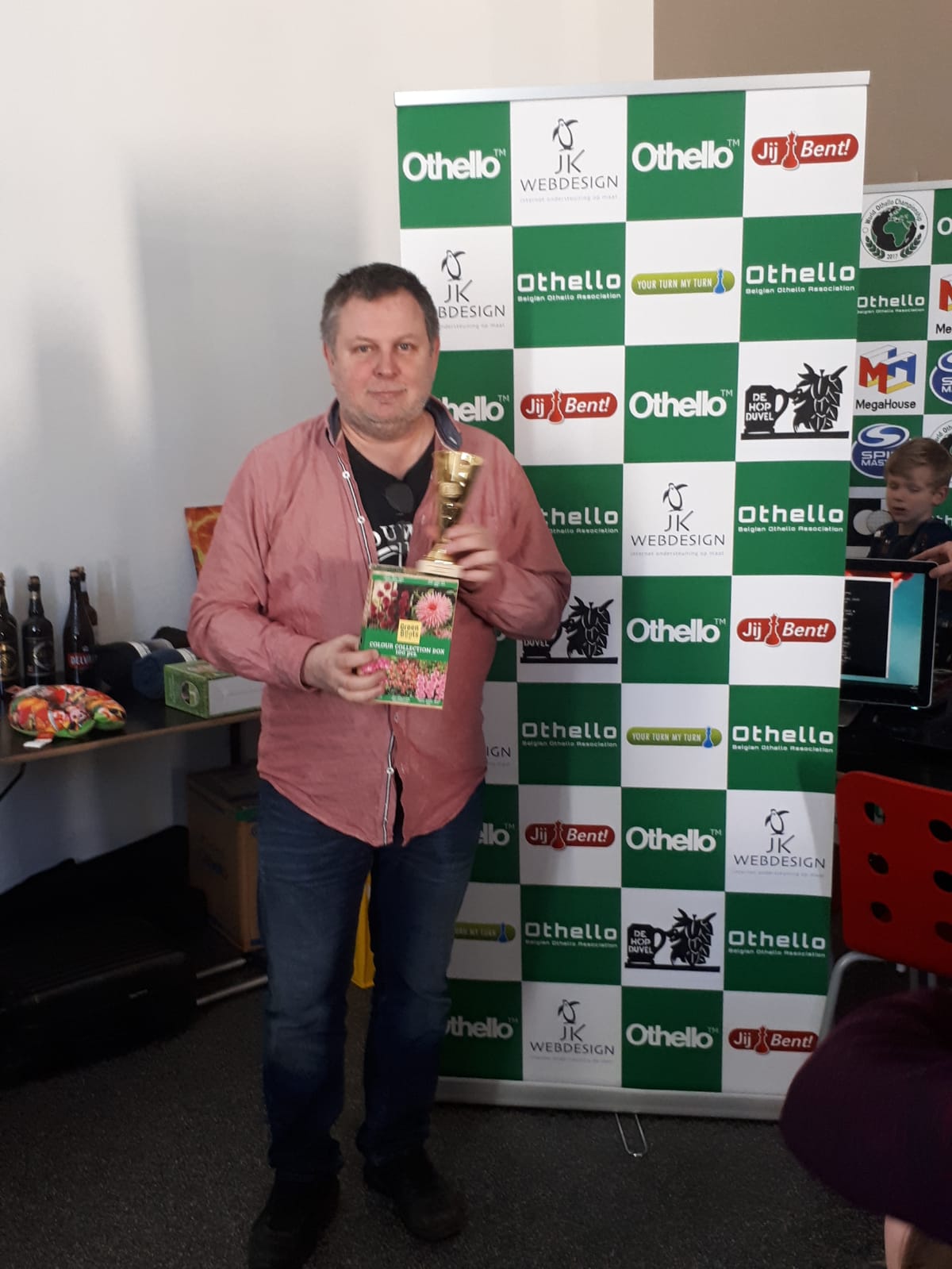 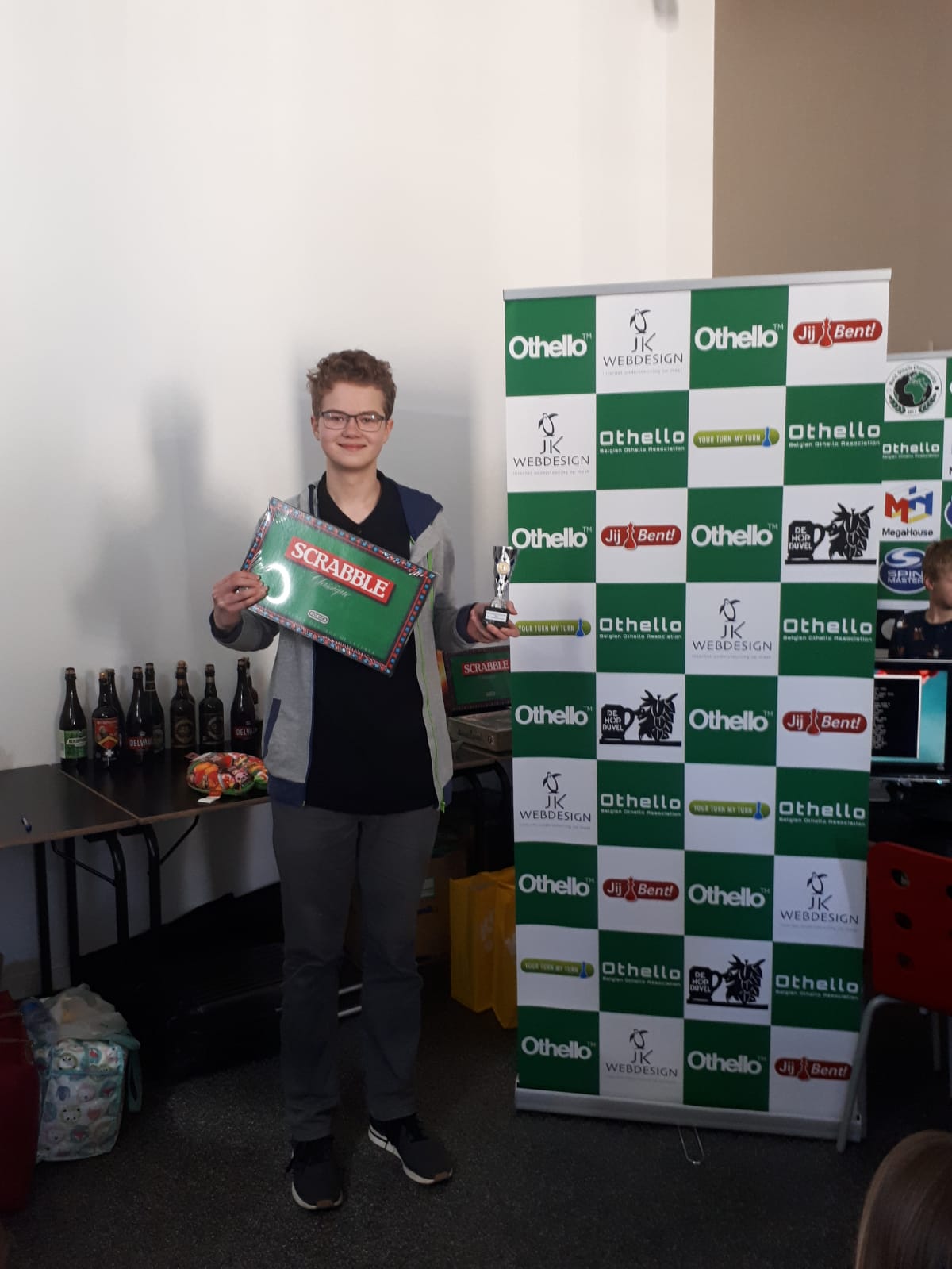