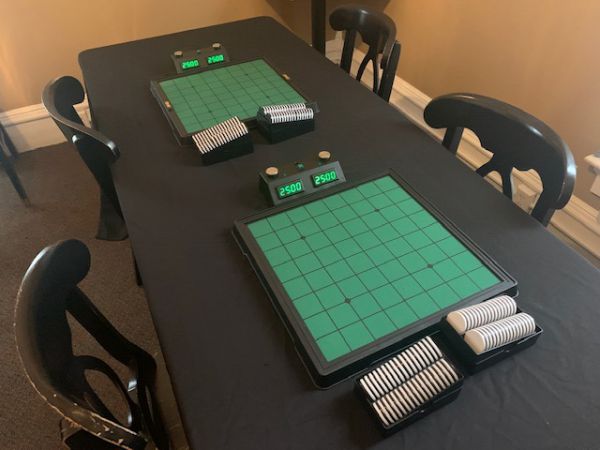 The American online Othello tournament coming up in August is just a few short weeks away! It promises to be one of the biggest online tournaments ever; with over 40 registered participants from all over the world! Some of the heavyweights include the Australian #2 rated player Mathew Vinar; who has played in 3 WOCs and been crowned Australian national champion no less than 8 times! Paolo Scognamiglio is another one of our top contenders. he is the #6 rated player in Italy and has participated in 4 WOCs and won the "Gran maestro" tournament; a tournament where the top 8 Italian players face off against eachother! He also reached 2nd place in the 2016 Italian Othello championship! Jan. C de Graaf is one of our most seasoned veterans who started playing Othello as far back as 1986! He has participated in numerous tournaments, including, but not limited to, 8 WOCs; with the highlight being WOC of 2014 in Bangkok, Thailand, where he managed to beat former world champion Makoto Suekuni in round 8! Jan has played in almost 250 tournaments and teaches Othello  at primary school 'de Burijn' in Alkmaar together with Marcel Sneek.    Will anyone be able to dethrone one of these bigwigs? Sign up today to make this the online experience of a lifetime!