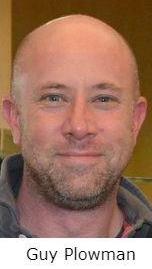 The World Othello Federation annual meeting was held online 7th November. WOF has 66 WOF members. 66% of the members joined the online meeting and voted for the new council and the new WOF statutes. We have notified that the activity in many members countries have raised and many online events have been done. The Corona issue all over the world have cancelled many tournaments and events. Therefor very positive to see so many online Othello events! With this year’s Annual Meeting WOF also give a big thanks to Tor Birger Skogen who is resigning as WOF President. Tor Birger has been WOF President since 2012. Those years were special, with big changes in the Othello world and ownerships. Tor Birger has been a steadfast rock when there has beens some turbulence, as new ownership for othello and two years with many issues. Also WOC issues as 2013 lacking any sponsorship from companies, 2018 the Hong Kong riots and huridly moving WOC to Tokyo in 21 days. And this year when WOC is cancelled because of Corona. WOF would like to thank Tor Birger warmly for these eight years!
We wish you all the best in your new responsibilities as WOC head Tournament Director.

The World Othello federation has elected a new President. The 4th President of WOF: Guy Plowman.  Many of them know him as a dedicated player since 1988. He has played several World Championships. He is also the program Host of the WOF Othello at Youtube channel since 2017. We welcome Guy as WOF President. We are looking forward to working together with Guy!

The WOF annual meeting unanimously said yes to the new statute proposal. With this, the new WOF statutes come into force from 7th November 2020.

The WOF Council wishes everyone interesting Othello years to come! Remember that we can make Othello more well known and interesting together! You, and your players, in your federation are important! We are one Othello world!