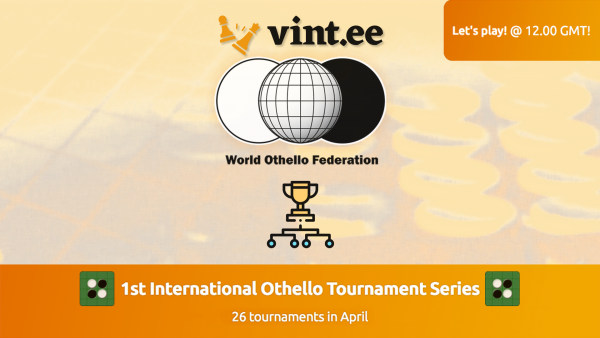 The tournament starts on 1st of April and lasts until 30th April.
Tournaments are played on Tuesdays, Wednesdays, Thursdays, Fridays, Saturdays and Sundays at 12:00 GMT!

There are 26 tournaments played during the period! Each tournament has 7 rounds and time control is 5 minutes + 2 seconds.

Vint.ee rewards 6 best players and there is a named prize to the winner of the tournament series by World Othello Federation!

Feel free to share the information and let's make it the biggest online Othello tournament series in the world!