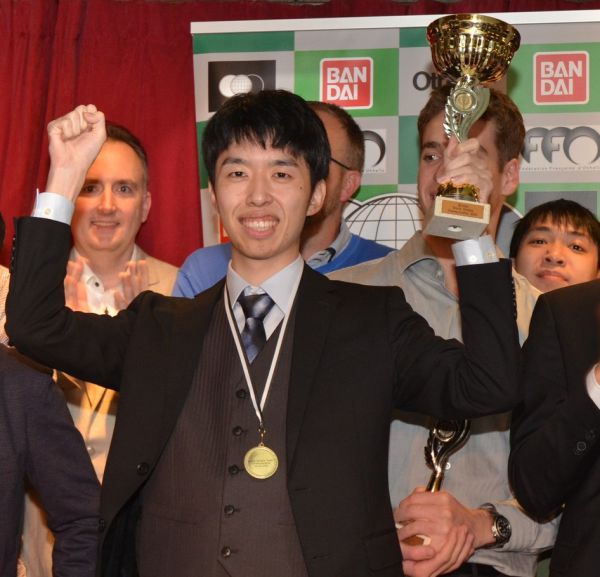 Kento is 23 years old, and a student of Tokyo university. He started to play Othello tournaments in 2012 and has played almost 150 tournaments in the last ten years.

In 2018 at the 39th Meijin (Japanese Masters tournament), Kento finished in 4th place overall and won the "high-school category" (15-18 years old).  In March 2022, Kento won the 42nd Meijin, qualifying him on the Japanese team for the 2022 World Othello Championships in Paris.

In round 8 of the WOC, Kento played the reigning World Champion Akihiro Takahashi and won the game 37-27. They have now met seven times, and it is 4 - 3 to Akihiro Takahashi, so far.  An interesting fact is that both players won all their games against each other as Black, no wins as White.

Kento Urano did not lose any games at the WOC. He played 17 games which included a draw against Arthur Juigner in round 4. Mr. Hideshi Tamenori also went undefeated in 1990. It doesn't happen very often,  only twice so far!