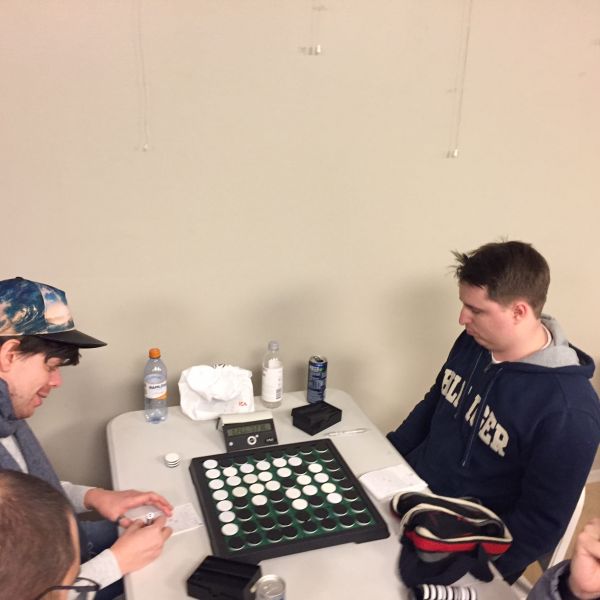 Sandsborgs Open was a nice and exciting competition. 16 players participated; They came from Borås, Linköping. Gothenburg, Gävle and Stockholm. It was an exciting competition, in the final round there was a fight between five players, Niklas Wettergren, Marcus Frönmark, Caroline Odsell, Jeroen Everts and Daniel Turunen.
In the final round, Jeroen and Daniel played draw. Niklas met Caroline and won the match. Marcus won against Arvid Kjellberg.
Niklas Wettergren won the tourney before Marcus and Caroline came third place.
It was a cold winter day in Stockholm. It was a little cool even inside, as it you can see at the pictures. However, it was a warm and positive feeling for all the players who enjoyed themselves and had fun.