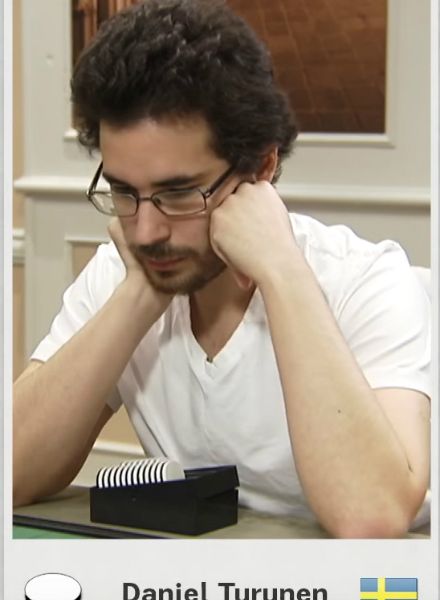 Hereby WOF Othello News presents one of our new writers & debaters! Daniel Turunen is one of the strongest swedish players and has been playing since the early 2000´s! He started off his othello career with a victory in the Swedish junior championships in 2002 and has participated in almost fifty tournaments to date, including two world othello championships in 2013 & 2017, respectively.
Daniel will write articles about Othello in general, and debate articles. As editor of WOF website, Daniel will highlight players' personal pages on WOF rating site.

It was a time, a simpler time; back when personal computers had not yet invaded every home and MTV was still good. I was a wee lad of about 6 years old and probably had my first mid-life crisis. I had my first encounter with Othello thanks to a dear old friend who was working as my assistant (in school) at the time. We used to play at her summer cabin. and back then the Othello "strategy" was to grab as many discs as possible, every time. Thus, a move which flipped ten disks was infinitely better than one which flipped five!

Many years later the flames of othello were reignited through the discovery of online play. and i decided to see how good i could get! Back then it was thrilling to discover all sorts of different strategies, (and falling for said strategies); edge creeping, boscow swindles, stoner traps, stable and unstable edges, and not to mention parity! I spent my whole summer break playing othello for several hours a day, bordering on othello adddiction!