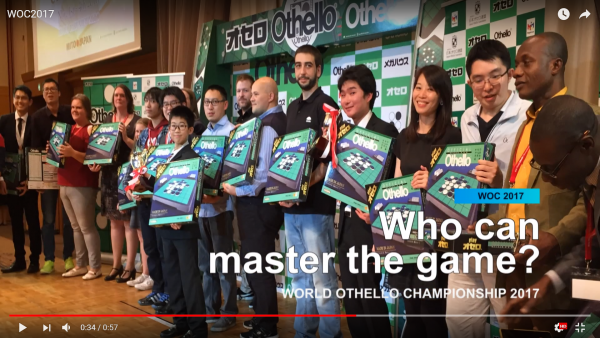 It is one month until the World Othello Championship 2017 will start in Ghent, Belgium. At the World Othello Federation YouTube-channel you will be able to see many Othello games online, commented by experienced Othello players. It will also be interviews, informations and a lot more at the WOF TouTube-channel. Now the WOC 2017 "Welcome to" video is released.