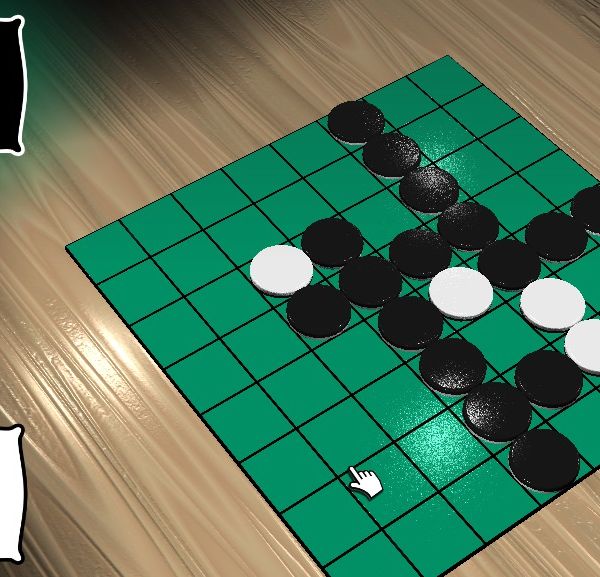 The application comes with four different game modes. Online & local multiplayer, vs AI and the ability to play against yourself in the mode called pass & play. Signing up for online multiplayer is fast and easy (only needing to type in your desired email & password). A really neat feature in online play is the ability to have several days before needing to make a move (all the way up to 30 days per turn!); much akin to correspondence chess. Unfortunately, there seems to be a distinct lack of a spectator mode. There also doesnt seem to be a way to save games you have previously played through.

Playing against the AI, as one might expect, is quite challenging! The AI has six difficulty settings, ranging all the way from beginner to hardest. The AI will give you a run for your money even on the medium setting and is a fair challenge even for the seasoned player. On the hardest difficulty the AI will rarely, if ever, vary its opening and this may become boring in the long run. The ability to further determine the playstyle of the AI would have been nice, such as being able to set opening and mid-game randomness.

Since the other two game modes remaining are fairly self-explanatory I will not be discussing them in depth but I suppose I should still mention them. Local multiplayer is just what it sounds like; so if you happen to have a friend over you can play with him or her on the computer. Pass & play lets you play against yourself; which may be a nice feature if you want to look at a position you arrived at in a previous game.

The options menu is 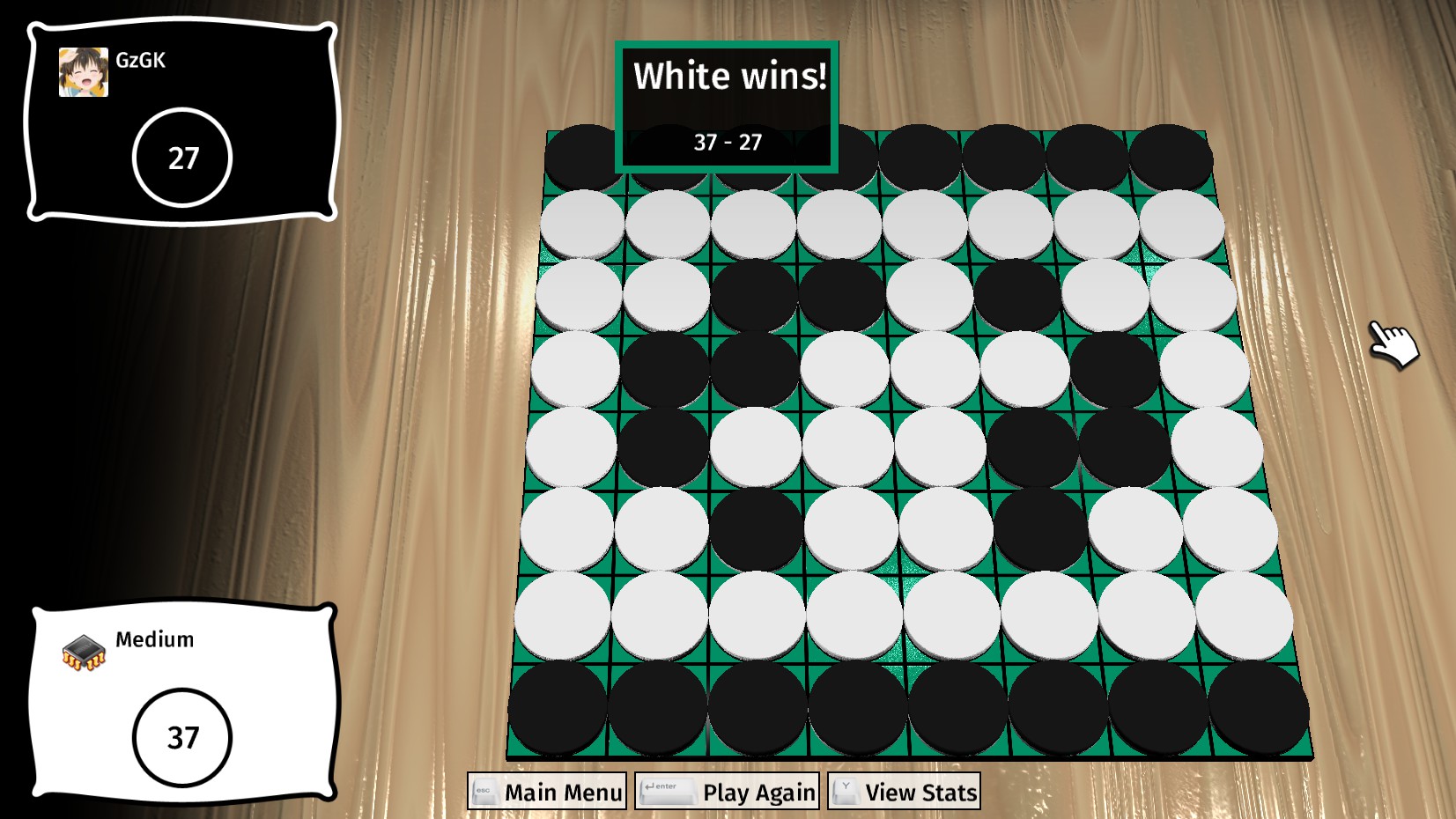 nice and simple. It has separate options for sound and music volume but a buttons which let you turn the sounds on and off would have been convenient. The board can be rendered in 2d or 3d depending on preference and one can choose to play either as black vs white or red vs blue if one so desires. Basic antialisasing is available to smooth the graphics out if the board is rendered in 3d but knowing which type of AA is being used would have been nice; along with options to choose the type of AA one wants to use. A fullscreen option is also included.

The game board itself looks nice and it thankfully has big discs for easy viewability. The game has a good sound design with a couple of nice and calm music tracks to listen to. It may be a minor nitpick of mine but the flipping sounds of the discs are not authentic; which is a real shame for any long-time Othello enthusiast. The game does not highlight playable moves; which would be useful for anyone unfamiliar with the rules or someone just starting to learn the game. An option to highlight available moves, while not absolutely necessary, would be nice to have. Another minor nitpick of mine is the loud screeching sound that plays when you try to exit a game; a softer sound effect would be much appreciated.

The application is relatively pricey, being 10 euros or around 100 swedish crowns; which could definitely scare off potential buyers. While the features the application offers are neat, the fact remains that it is quite costly and there are plenty of free alternatives which offer similar features. I would say its not a bad attempt but there is definitely room for improvement; therefore my final score for the application is a passing grade of 3 out of 5.