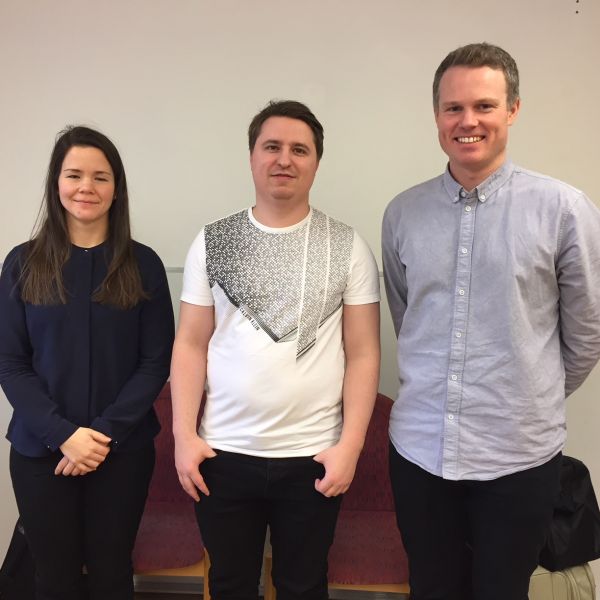 Niklas Wettergren won the 34th Nordic Othello Championship 2018! He is the 17th champion since the start 1985. The Nordic Championship is one of the oldest tournaments in the world.
It was an exiting tournament, there it was five players who was fighting about the final and third games places in the last round. Also the final was interesting when Niklas won the title loosing the last game.
The Nordic Othello countries arrange a championship every year. It is rotating between the countries Denmark, Finland, Norway and Sweden. This year the Nordics was held in Gothenburg.
It was a cold weekend in Gothenburg. Saturday morning it was around  -10 celsius. Eleven players defied the cold and traveled to Gothenburg. It was decided to be played an round robin plus a final, best of three games.
After the first day's game, eight rounds, there were three players in the top of seven points each. Martin Ödegård, Norway, Niklas Wettergren and Caroline Odsell, Sweden. Oskar Eklund, Sweden, had 5.5 points, Daniel Turunen, Sweden and Vidar Albrightsen, Norway had 5 points. It was these six players who would be fighting about the final place and the third prize match in the remaining three rounds on Sunday morning.
After a nice Saturday eve with good food and good friends, it was Sunday morning, and time to be opponents again.
After round 10 it was very existing. Also Niklas could not be 100% sure to be in the final. He needed to win the last game to be sure to play the final.

The final game between Niklas Wettergren and Martin Ödegård was very exciting. Niklas won the first game. In the second game Martin had a huge lead, but dropped the +24 to a draw, learning the lesson that it can be good to count last four moves. In the last game Niklas played to not give Martin enough of discs. He didnt need to win, so he tried to play safe insted of trying to win the game. Martin needed to win with 40-24, 39-25 gave Niklas the win because he was higher in the swiss tourney. However, Niklas gave the audience an hickup when he played a -14 move in the endgame. It was a very happy looser when he counted the discs. Niklas Wettergren is the reign Nordic Champions.
The history of the Nordic Championship.. .