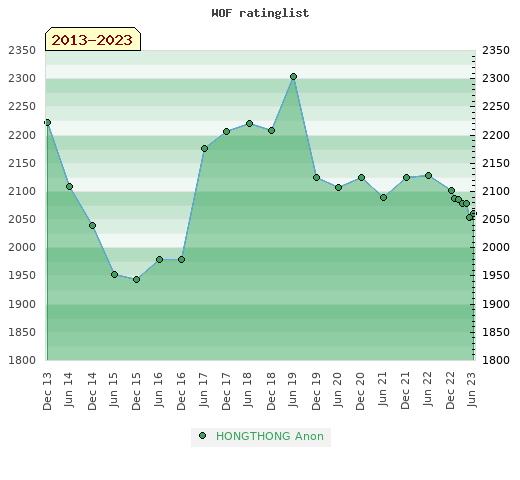 Anon Hongthong is the #3 rated player in Thailand. He played his first World Othello championship in 2007, Athens, Greece; reaching 11th place. He finished in 13th place the following year in WOC 2008 Oslo, Norway. He reached a top 10 finish in WOC 2009, Ghent, Belgium. Anon has played in 3 WOCs thus far and yet it has been a decade since he participated last time. WOC 2019 in Hong Kong will be his 4th WOC participation!