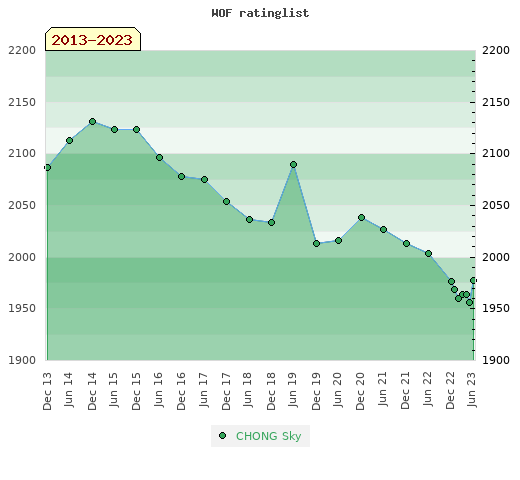 Sky Chong is the #6 rated player in Singapore and he played his first World Othello championship in 2006 Mito, Japan. He participated in his 2nd WOC in Stockholm, Sweden in 2013, where he finished in 13th place. He finished in the top 20 players the following year in WOC 2014 Bangkok, Thailand. He also played in WOC 2016 Mito, Japan. All in all Sky has participated in 4 WOCs, with WOC 2019 in Tokyo, Japan, being his 5th WOC tournament!