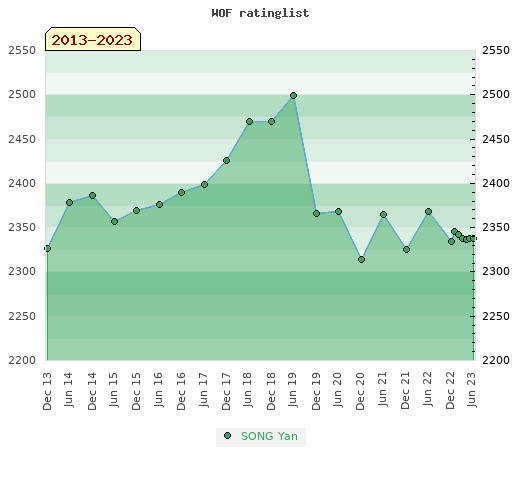 Yan Song is the #1 rated player in China and #3 in the world. He has been playing since 2006. Yan Song played his first World Othello championshp in 2006 Mito, Japan; reaching 16th place, a very good performance for a first attempt! He improved considerably for his next WOC eght years later in 2014 Bangkok, Thailand where he finished in 3rd place. Will he be our reigning champion in WOC 2019 in Hong Kong?