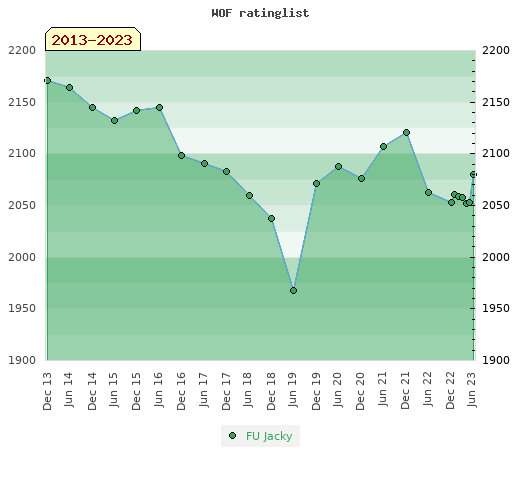 Jacky Fu has played competitively since at least 1998 and it is safe to say that he is one of our most seasoned veterans; with 13 WOCs and 38 tournaments under his belt. With that said, it's going to be interesting to see wether he can improve further on his past performances this year in WOC 2019, Tokyo, Japan!